When it comes to float therapy, as we were saying at the end of the previous article on How Float Tanks Actually Work .. size does matter. Usually in the case of float tanks, the size really makes a difference. But to discuss the different models of float tanks, with the advantages and disadvantages of each variant, let us remember how they first appeared. We will skip for now the older history of sensory deprivation involving ascetics and yogis, Egyptian pharaohs or.. Transylvanian counts. 😉 In more recent times, the ’50s of the United States, Dr. John C. Lilly started his first tests with flotation REST: bathtubs in closed cabins, filled with a high salt concentration, that allow floating in imponderability at a temperature close to the skin. As much as possible visual, olfactory, auditory and thermal insulated, to allow the brain to disengage from the sensory system and relieve it from the task of constantly processing the information coming from the outside. More specifically, the ideal environment for relaxation and healing, imagination and creativity, contemplation and meditation, where the limits are no longer related to the physical nature of the human body.

That’s how the sensory deprivation started to come out of it’s.. dark past. 🙂 Thus the first float tanks, such as the Samadhi Tank / Isolation Tank / Sensory Deprivation Tank , were born in the classic form in which they were consecrated: rectangular tanks, built from painted wood boards or metallic sheets, with cumbersome covers, built simply, without lights or music, without switches, remote controls, intercoms or other modern addons. Their approximate dimensions were 230 cm long, 110 cm wide and 110 cm tall, that is, the minimum required. Inside the enclosures of sheet metal or wood with a metal frame, a liner was installed and perforated to accommodate the inlet and outlet ports necessary for the re-circulation system. It often consisted only of a pump and a heater that functioned when the person was not in the tank and stopped during the float, in order to benefit from the quiet and desirable sensory deprivation. These are the classic Samadhi Tank models that have made history in the 70’s and 80’s, both in US and in several European float centers, where they can still be found today. As a purchase price, they were by far the most affordable, their initial cost being somewhere between 7000 and 10,000 EUR/USD. 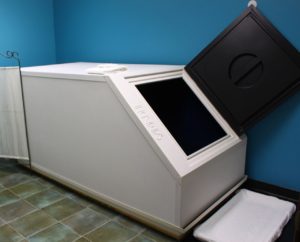 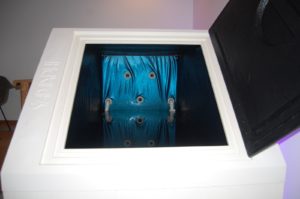 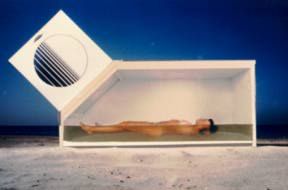 The world evolved, and with the end of the 90’s the first modern float tanks began to appear. The simplest, so-called Float Pod or floating capsule are made of molded fiberglass in aerodynamic shapes that resemble a larger ostrich egg or a space pod, hence the name. Their dimensions are about the same as those with classic floating tanks, ie between 230-250 cm in length, 110-140 cm in width, 110-130 cm in height. They consist of 2 or 3 pieces, the bottom of which is the bathtub or tank itself, and the upper part usually has two elements: one half is the fixed top and one is the lid through which the access to the tub is made. Their design, modular advantage, as well as the fact that they are cast from light fiberglass, makes them much easier to install or relocate compared to old metal sheet metal, which is why they have become the favorite of home users. These elements are at the same time their main disadvantages: in order to lower their weight, the sound and thermal insulation are diminished. And the fact that they are small in size makes them incompatible with float centers, where many beginners come in with reluctance regarding closed spaces or small volumes of air. For cost reasons, there are many floating centers that go ​​for this version. An average price for a Float Pod is between 15,000 and 20,000 EUR/USD, but there are premium variants with extras that go up to 30,000 EUR/USD. For the Aquarmony Infinity capsule, the export cost starts at 14,000 EUR/USD. 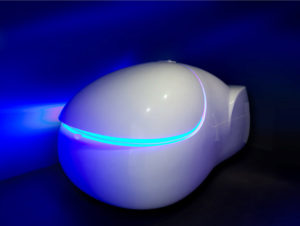 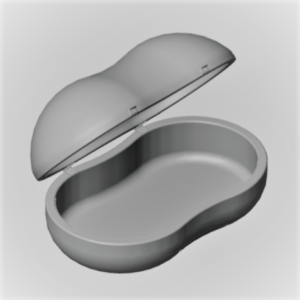 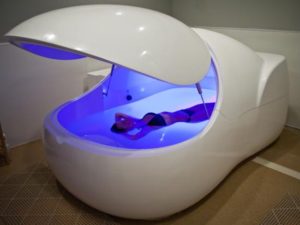 One step above the floating pod is the so-called Float Cabin . As a constructive option, they are the size of a sauna of 2-3 persons, having an approximate dimension of the enclosure between 230-260 cm in length, 120-150 cm in width, 200-250 cm in height. Although the actual float tub sizes are not much larger than a Float Pod or Float Tank, the main difference in Float Cabin variants is their height. Practically, people can stand inside, the ceiling being much taller, which greatly reduces the impact of dark/small space sensation, especially among beginners. Floating cabins are usually simply built in rectangular form, being modular and usually made of plastic, bond or composite panels, sometimes even ceramic tiles, behind which different insulating materials are used. The simplest / cheapest are insulated with polystyrene, which offers good thermal insulation, but poor sound insulation. Basalt wool is the middle variant as a cost / quality ratio, while top tanks use different foam or high density sponges for maximum sound and thermal insulation. Advantages: more generous dimensions, good insulation, personalized space function, relatively low cost. Practically, float cabins are the mid-range option, between low-cost capsules and premium floating cubicles, being recommended to both home and medium-budgeted float centers. Their price outside the Romania starts at 20,000 EUR/USD and goes up to 40,000 EUR/USD depending on options. In the case of Aquarmony ONE, the export cost starts at 12,000 EUR/USD. 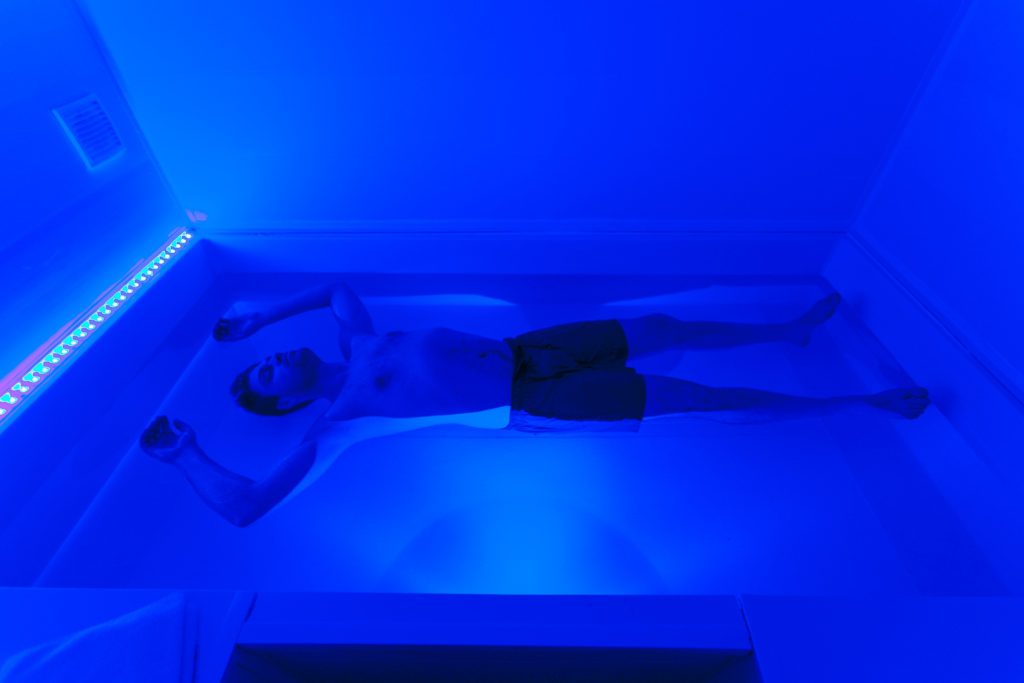 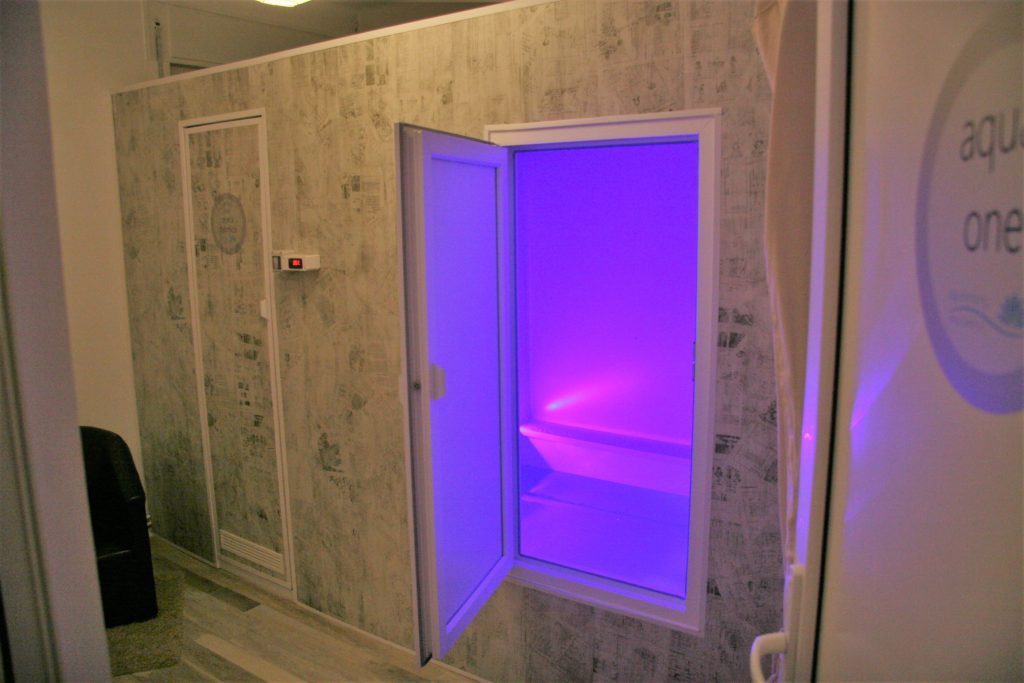 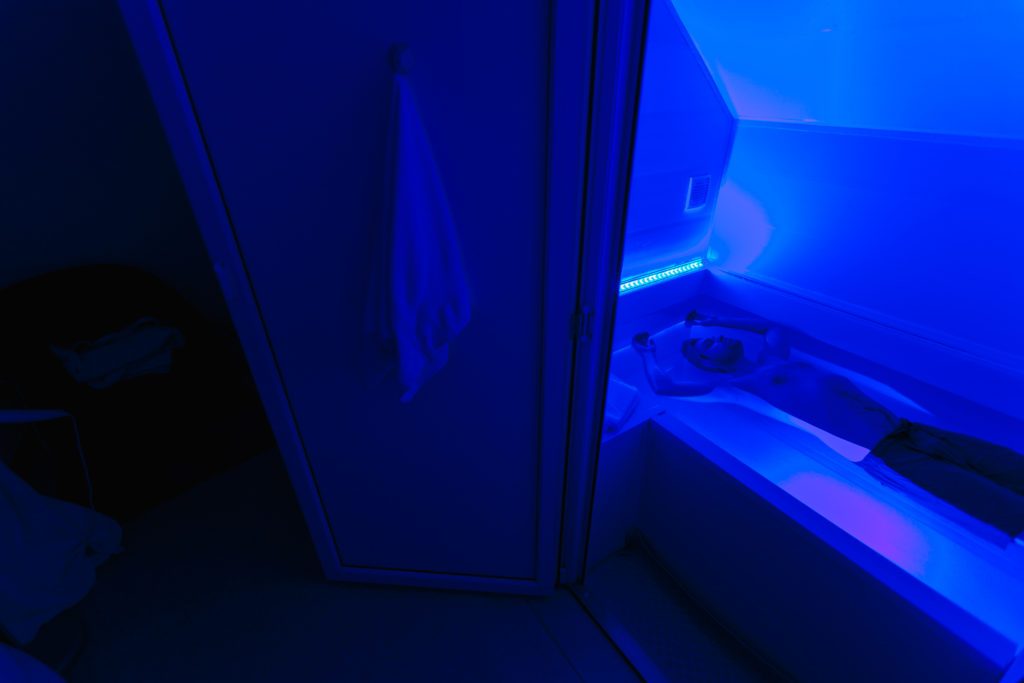 A special category of floating cabins are the float tanks with atypical forms: spherical, pyramidal, shell, oval, etc. This is also the case for the Aquarmony Pyramid floating tank, which although it falls according to its dimensions in the Float Cabin category, may rather be called a Float Pyramid . The bathtub and filtration system for the Aquarmony Pyramid are the same as the Aquarmony ONE tank. What is different is the size and shape of the enclosure, namely 300 cm in length, 300 cm in width and 200 cm in height. The shape of the pyramid, more precisely its base, is that which requires a doubled installation surface compared to a standard cabin. The complexity of the construction is also higher, respecting the proportions of the great pyramids in Egypt, in order to obtain the pyramid effect. For this reason, the cost of customized or atypical tanks is slightly higher than for standard rectangular floating cabins. So you can expect a price between 25,000 and 50,000 EUR/USD for atypical pools purchased from outside Romania. Currently we have no knowledge of a float tank producer that manufactures pyramidal enclosures, the only models that appear online being 2-3 custom-made private tanks. In our case, the export cost for an Aquarmony Pyramid tank starts at 14,000 EUR/USD. 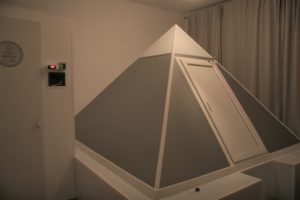 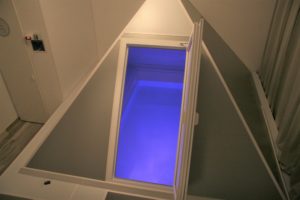 The last category in our list of float tank models is the Float Room , namely the floating rooms. In this category, there are quite wide variations, because a room can be anything from the size of a simple apartment bath to a spa room in a luxury hotel. As an approximate size, we can call it a floating room if it’s anywhere over 250 cm in length, 200 cm in width and 200 cm in height. I mean the kind of enclosure in which any trace of claustrophobia sensation is out of the question. There are basically two types of float rooms: the open ones, where the tub is placed inside of an actual bathroom, that is more or less insulated for sound, heat and moisture. The second type is built with modular walls, inside a larger room, for better moisture, sound and thermal insulation, despite generous dimensions. The float tubs also vary greatly in this category, from the simple ones of 130-150 cm in width, to double tubs of 160-220 cm wide or even round ones of 200-220 cm in diameter. Obviously, the bigger the room and the bathtub, the higher the costs, both the purchase and the maintenance, also for the consumables and heating or the re-circulation and filtration system. Approximate import costs: starting at 30,000 EUR/USD and up to 100,000 EUR/USD. The export cost for an Aquarmony Premium float room starts at 16,000 EUR/USD. 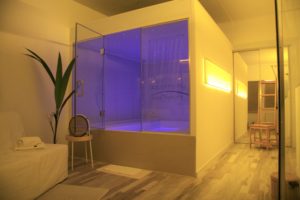 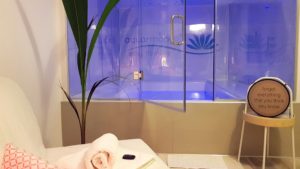 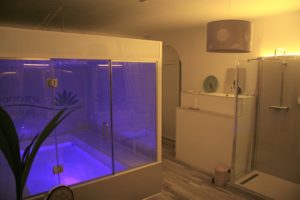 Besides these main categories, there are, of course, other niche variants or self-built tanks. As we said in the previous article, there are many enthusiasts in the field who have tried to build their own tanks and more or less succeeding, depending on the skill and budget of each. There are also more and more global producers who are constantly innovating, both in terms of additional options and in terms of cost reduction when possible. The current trend, which is beginning to become stronger, that of people turning back to the natural and simple, quiet and peace, will continue to grow. We can therefore hope for the day when float tanks will become more popular, at least as popular as hydro-massage bathtubs, Jacuzzi or various types of saunas. And we at Aquarmony are here to help with this. That’s why we also considered the current article useful, perhaps a little more technical than the ones we used to write so far, but we hope to make a little more light in the subject of floating tanks. For the same purpose, we will add a small comparative table, referring to the classic Samadhi Tank, in order to ease the choice for those in search of a tank, whether for a personal purpose or for a floating center.

Keep in mind, however, that comparing a classic Samadhi Tank with a modern float pod, float cabin or float room is like trying to compare a 70-80s Beetle with a Golf, Passat or Touareg of the last generation. It is true that some nostalgic or passionate people still collect Beetles. It’s just as fair to say that they are all cars that can take you from point A to point B. Generalizations sometimes help, sometimes just increase confusion, and those who have a floating experience or manage a float center make or cause confusions also, sometimes in ignorance, sometimes knowingly. Just as true is that one floating session is more than none, but one flower does not make spring, and the experience is deepened in time. It is said that in order to decide what is the best choice for you, in the case of the cars, the best thing to do is to go for a test drive: go around the town at least 2-3 times before choosing your favorite car. Same as with tanks: you need at least 2-3 floating sessions in each tank model to start seeing the advantages and differences between them. Only then can we move on to more detailed stories such as Golf v7 vs Passat v5 or manual vs automatic gearboxes… 🙂

So we invite you to… float. As much as possible. And as good as possible. Aquarmony Brasov is still the only float center in the Romania that owns four float tanks. All different. And, as far as we know, it is the only manufacturer / center in the world to offer pyramidal tanks, besides the other standard models. In order to ease your choice, however, for those who have less time to spend in Brasov, we have created Romania float center map.

Disclaimer: The comparative table is indicative, the estimates being made with the technical data of the float tanks produced by Aquarmony. Specifications and advantages / disadvantages may vary depending on the manufacturer, model, materials used and installation location. Regarding the room where the float tank will be installed, we recommend choosing a safe area, free of ​​noise, especially low frequency. The constant temperature, sound and visual insulation of the room where the float tank is installed can contribute significantly to sensory deprivation inside the pool. These details are analyzed in the preliminary discussion of the installation, which at Aquarmony is customized for each float tank.